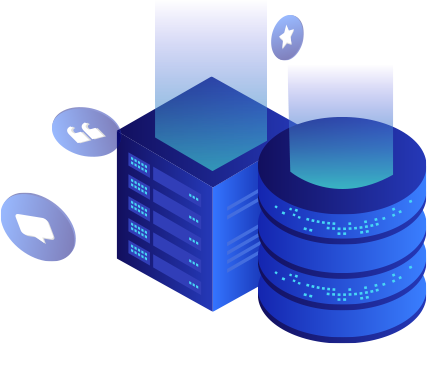 One of the common thought that since windows is installed on my PC, I need to have windows hosting servers is completely incorrect perception. This section is meant to clarify your doubts on difference between windows and linux hosting and its implications on your web hosting.

First word The type of operating system on your computer has nothing to do with the Operating System of server of your website / any other web site. You / rest of the world can access files on linux as well windows server, irrespective of operating systems on their computers.

If you do not know what kind of server you need, leave the choice the the hosting company. Just forget about linux or .Net. They will take care of it. Still if you are keen, take our advice and host on Linux Server. When it comes to Web hosting, Unless you have specific script to run on the server (asp, .net for windows, and php for linux ) or unless you have some kind of data base which only runs on windows there is hardly any issue what kind of server your site is hosted on.

Stable: Linux/Unix operating systems has traditionally been believed to be very stable and robust which in turn means comparatively more uptime.
Low cost: The Linux OS comes free of cost (or at very insignificant cost, usually cost of distribution). Also, it has full fledged server, and desk top applications that comes free along with the OS. These applications being free, are more cost effective.
Ease of use : The process of uploading and hosting is almost same for both Linux and Windows web servers. However, using front page for publishing sites poses more issues compared with ftp application. In certain hosting panels and servers, there are slight issues here and there for uploading files using ftp on windows servers.
Easy to move between hosts : A web site designed to be hosted on a Linux based web server can be hosted on a Windows web server easily, where as the reverse is not always true.
Most widely used : Linux/Unix based web hosting is most widely used compared to Windows based web hosting.
On the downside, Linux based web server is not fully compatible with Microsoft technologies. If you are using any specialized applications or VB for development of your web site, it is preferable to host with a Windows based web server.

What operating system you should be using for your hosting:

Consider scripting languages you plan to use – if you use PHP which shall be the case for most web developers, you can use any of OS in that case ie Linux as well as Windows.
If you are using free scripts like guest books, chat applications, forums, blog, image/ picture libraries etc, You shall understand that, one these are mostly in PHP which is due to the free nature of php. Even incase you like to purchase one such applications, you will find that these are mostly available in php. For PHP, Perl or MySQL, Linux is the way forward.
If your site, like most web sites, is what might be termed “brochure-ware” then Linux servers are ideal. By brochure-ware I mean a site that offers the kind of information that in the past might have been provided on paper in the form of brochures, newsletters or data sheets. Brochure-ware sites will offer some interaction through enquiry forms and can certainly incorporate online purchasing and other routine e-commerce functions.
If however your site incorporates an online searchable database or interactive chat facilities needing asp or .net script, then Windows can be used. Windows in most cases shall have a bit higher cost implications.

Our Recommendation; Use linux Server unless you needs are very specific and clear for .net applications.